back to news & events

​Hammel Associates Architects is proud to announce that our project to re-install a slate roof has earned the Lancaster Central Market the 2019 Initiative Award for Stewardship presented by Preservation PA. The Pennsylvania Historic Preservation Awards continues a tradition started in 1979 to honor excellence in preservation and recognize significant contributions in the field of historic preservation made by both individuals and organizations.

Removal of the asphalt shingles installed in the 1970’s and replacement with an authentic slate tile roof on the National Historic Register listed Lancaster Central Market has long been a primary goal of the City of Lancaster and the Central Market Trust.

The “Raise the Roof” fundraising campaign was kicked off in 2017 with a goal of raising $1.5 million through a variety of efforts, including the opportunity to purchase and sign a slate tile. This effort was tremendously successful, with over 500 slates being purchased and signed by adults and children of all ages, including slates being signed from hospital beds and used as marriage proposals, truly illustrating the special place that the Market holds in the community.

Ultimately, the Lancaster community came together through this campaign and contributed in excess of the $1.5 million goal. The project was completed under budget, leaving the Central Market Trust with much needed excess funds to be used for ongoing maintenance and operating costs.

The resulting project to replace the existing asphalt shingle roof with an authentic slate tile shingle roof in accordance with the Secretary of the Interior Standards has been the crowning achievement to cap over 15 years of vision and planning at the Lancaster Central Market.

Congratulations to the project team and Lancaster community for the outstanding achievement!

Be sure to check out the Lancaster Central Market page on our website for additional projects and information. 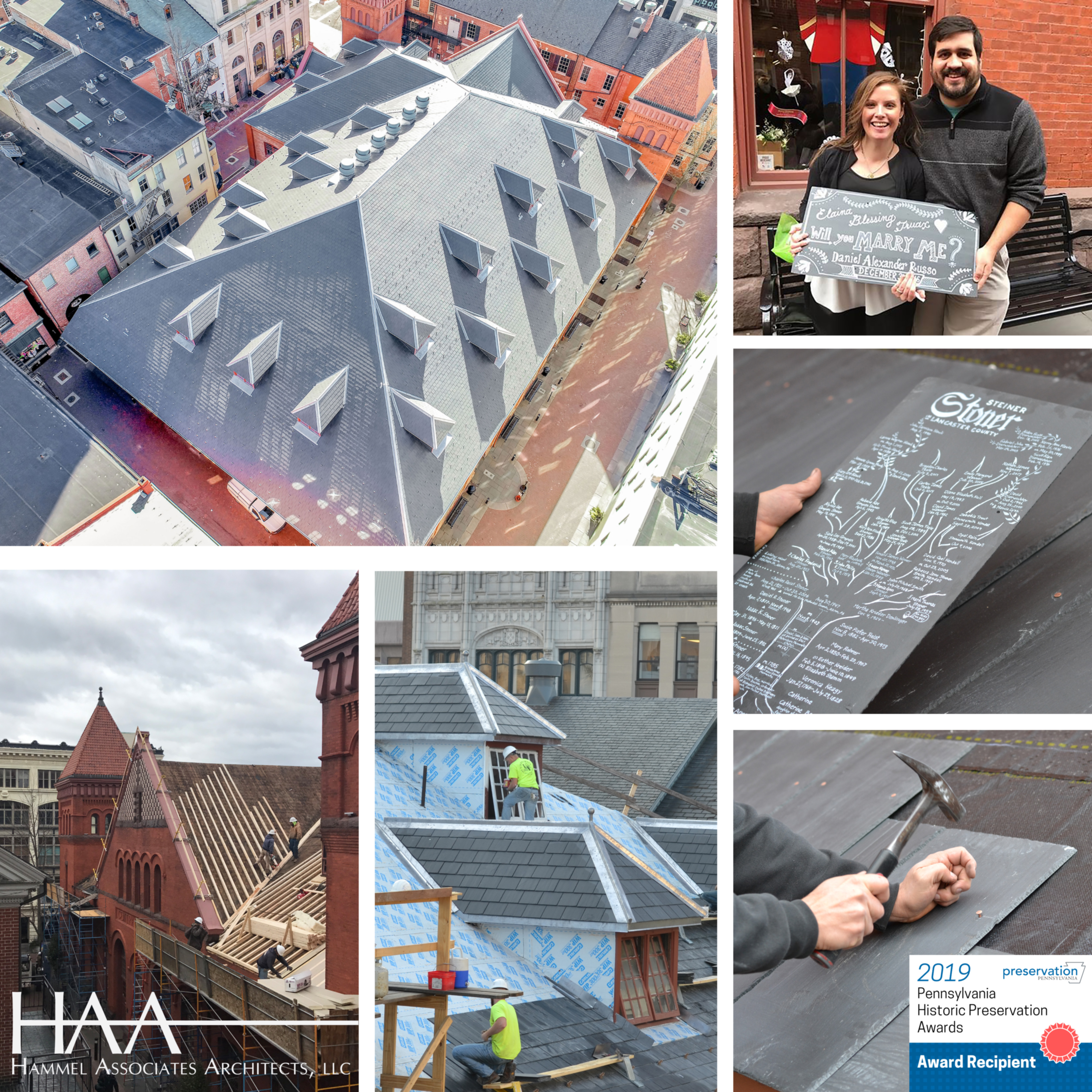